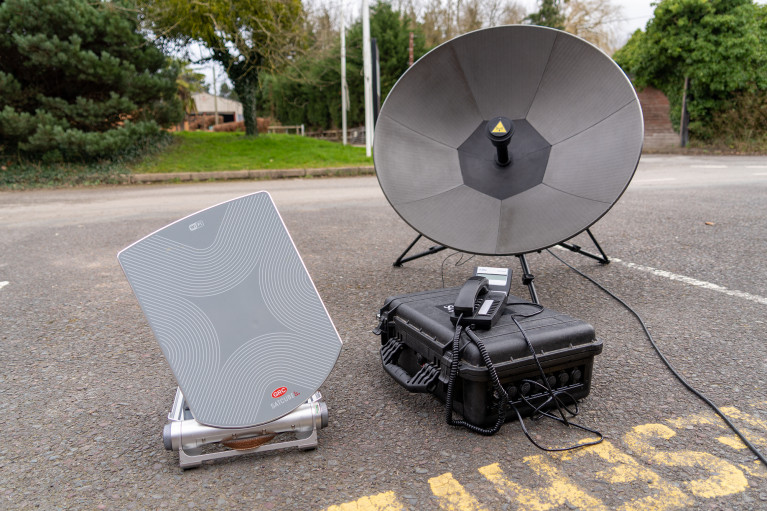 Global Radio Data Communications Ltd. (GRC) are an SME based in Hereford, UK specialising in the design and development of mission critical communications and situational awareness systems for UK defence, government and industry.

Since 2017, Airbus and GRC have been working in partnership to deliver satcom as a service to their UK defence customer. Speaking at our recent Open Innovation – Space virtual event, Steve Slater, Managing Director of GRC, provides some background…

“Back in 2016, GRC designed a full end-to-end satcom service including an IP network, a range of terminals, airtime from various vendors and training to provide 24/7 support services.

At this point, we realised we had a choice to make; go it alone or take a partnered approach with a prime contractor such as Airbus.

For us, this was never about gaining a quick win, so we chose the latter and it’s perhaps one of the best choices GRC has made to date. We wanted to create a programme that would last years, not months – the programme is now in its third year.”

“From the early days of only two systems in delivery, we now have over 70 systems deployed. We also now offer a wide range of terminals, airtime services specific to user need and location, plus continued 24/7 support. In the time since programme launch in 2017, we have introduced 3 additional terminals and 2 additional airtime providers into the programme, with more lined up as we speak. We could not have accomplished this without Airbus, or simply by ourselves, championing a new capability with our intended customer directly.”

Partnering to deliver systems as a service

The teams at both Airbus and GRC have successfully created a strong working relationship; the two teams united in the joint desire to deliver systems as a service on time and on quality.

“I would class the relationship we have today as exceptional. GRC are treated as a partner, rather than another supplier and we are proud of that fact. We value the team supporting us and helping us to promote the programme to our customer. To their credit, the team at Airbus have not failed us to date.”

Speaking of the relationship built between Airbus and GRC since the collaboration began, Steve said; “GRC has formed many relationships with prime contractors over the past few years. I would say the one we have with Airbus is the most mature and it works extremely well.”

“If another SME were to ask me for advice on partnering with a large company in the Defence and Space industry, I’d tell them to accept it may take some time, accept the processes required and to understand that relationships are the key element to creating successful partnerships such as this.”