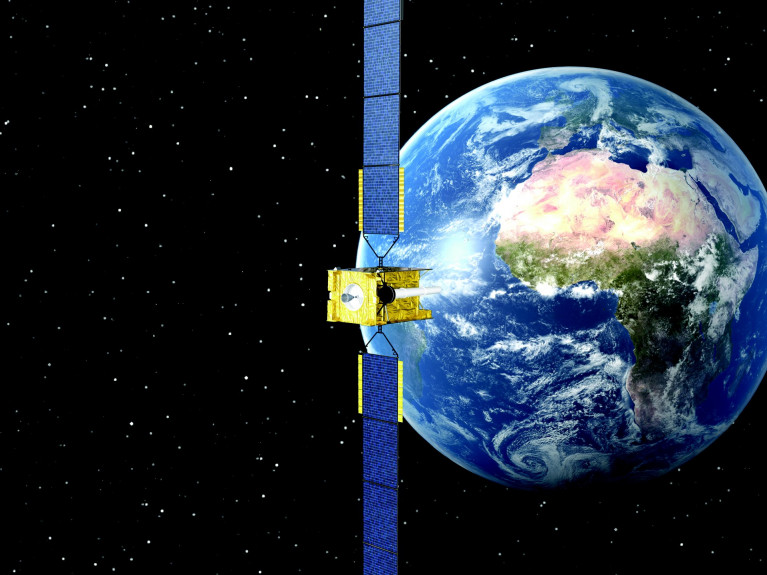 The success of any partnership is dependent on mutual core values and a shared common goal. For the SKYNET 5 fleet of satellites, this goal was to provide secure military satellite communications for combined operations in the battlefield, as well as in peacekeeping missions.

In 2003, when Airbus signed the contract with the Ministry of Defence (MoD) to deliver SKYNET 5, the collaborative working standard we now know as IS0 44001 didn’t exist. Yet much of the early stages of this programme were based on the very same principles we see underpinning this way of working 19 years later.

From partner selection to exit strategies, many of the elements we see today within ISO 44001 needed to be scoped out by Airbus and the MoD in order to build the solid, collaborative partnership which would deliver this programme. Very early on there were challenges to overcome, such as on-boarding members of the partner ecosystem, which prompted both parties to take a much more proactive approach to working together.

One of the first initiatives introduced was to remove the impression of siloes, individual organisations by creating one homogenous group which would be referred to as the SKYNET 5 Enterprise.

“Shortly after the SKYNET 5 contract began, it became clear that we needed a way of bringing the teams together under one common goal and vision, to ensure we worked together, not against each other as separate organisations. In order to do this, we created the SKYNET 5 Enterprise. It was important that this wasn’t simply a name or a title of a working group, it needed to be a visible brand. So we designed t-shirts, pens, notebooks, we held Enterprise briefings and team building events all aimed at instilling a cohesive and consistent team ethos. This approach was incredibly successful in a standard office environment, but became more important when teams were deployed on operations alongside their MOD colleagues.

Now, this approach might not be financially viable or even suitable for all companies implementing collaborative working practices, however, for SKYNET 5, it really demonstrated the value of a unified goal and vision when several organisations come together to deliver a programme of work”

Alongside the single entity organisation, a number of other key elements were also implemented.

Part of building the enterprise was creating a universal charter, a document detailing how the relationships between all the companies would work, including who would be responsible for what and how this would be managed. One element included in the enterprise was a holistic view of governance.

At any one time, over 100 people were working on the SKYNET 5 Enterprise programme, broken down into a number of teams. Ensuring delivery of the programme as detailed in the contract was therefore an important factor, especially during times of conflict. In order to facilitate this, a framework of governance meetings was established.

Integrated project and service teams feed into working groups, which fed into project review meetings and then up to MoD and Airbus board level. This allowed for full oversight of the programme while ensuring appropriate levels of message for each audience.

Being able to add value for the customer during the life of a contract is a key factor in any relationship, especially those borne out of a Private Finance Initiative (PFI). For Airbus, collaborative working needed to be at the heart of this, especially at the outset where Airbus was required to adopt unprecedented financial risk to meet the operational imperatives of the contract. Working closely with the MoD to develop and enhance the assets when requirements evolved meant greater capability and a more cost effective through-life service could be achieved.

“Five years into the contract, it became clear that some of the satellites in use were becoming too costly to maintain for both the MOD and Airbus, and that a more comprehensive output was needed going forward. The decision was made for Airbus to build two additional satellites (5C and 5D) to complement the existing fleet.

This commitment to innovation and improvement continued as the relationship progressed, including the delivery of over 1,000 new service instantiations and the introduction new services.

In more recent years, hybrid or permanent working from home practices have been growing in popularity. However, one of the key success factors of this programme was the ability for teams from Airbus and other organisations to work side by side with the MoD. Andy explains more below.

“In terms of collaboration and collaborative working practices, I don’t feel you can get any better than becoming truly embedded within the customer site and within their team. We worked side by side, on the same floorplate and were therefore able to communicate much more effectively. We didn’t necessarily need to phone or email or schedule meetings when important updates were needed, we could simply lean across desks or walk across the office. The governance framework we had built and the structure of those Board meetings was supported massively by this close way of working”

While the success of the SKYNET 5 programme is undeniable, perhaps the most effective and enduring example of collaborative working can be evidenced in the development of Suitably Qualified and Experience Personnel (SQEP). For almost 20 years, Airbus has identified and developed both civilian and military individuals and teams in order to ensure SKYNET 5 remains at the cutting edge of milsatcom. With the natural churn seen within the public sector, it was vital that the Airbus team occupied key posts to provide consistency, as Andy explains;

“Much of the value add that we were able to deliver was down to very close working relationships which fostered a level of understanding within the Airbus team unrivalled by the customer team. In many cases, people within the customer teams moved onto new or different roles within two years and this regular rotation of personnel meant that the Airbus team provided consistency and continuity, often helping to develop and upskill new MoD team members. Our knowledge spanned decades, and so when it came to the evolving needs of the programme, we knew exactly what was needed to deliver extra capability and could work with both the customer and the partner ecosystem to deliver this”

As we move toward the natural conclusion of SKYNET 5, we are afforded the opportunity to look back and acknowledge the success of this programme.  Despite not working formally to the principles of ISO 44001, it’s clear to see that many of the current facets of this standard were instinctively developed during the 19 year relationship. Aligning behaviours, creating an organisational culture and skilfully managing a range of processes ensured the shared purpose of delivering secure military satellite communications for the UK Armed Forces was achieved.

Our work on SKYNET 5 shaped our way of thinking around collaborative working and created the foundations for this approach across our organisation. Our programmes, projects, bids and partner ecosystem have all benefitted from the knowledge we gained during the 19 years we worked with the MoD. Today, as a member of the Institute of Collaborative Working (ICW), we are fully aligned to the standard and are working toward full accreditation. As we look to the future, it is clear that not only having a collaborative relationship with your partners and supply chain, but also integrating your customer into that eco-system, is paramount.