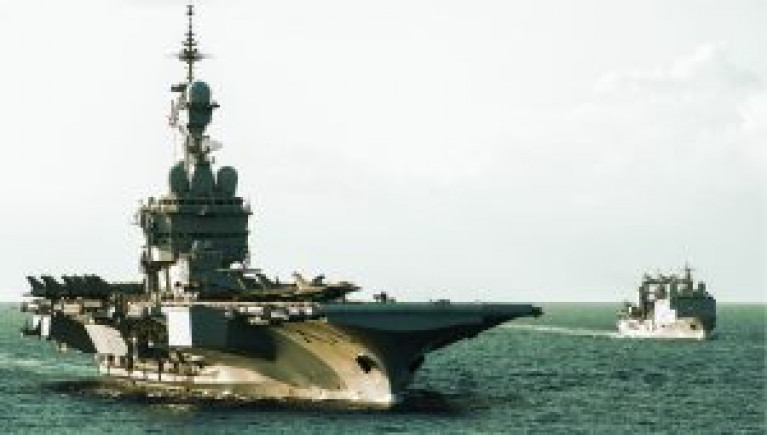 The French defence procurement agency DGA (Direction générale de l’armement) has awarded the RIFAN 2.1 contract to an industrial consortium headed by Airbus and also comprising the Naval Group and Rohde & Schwarz. This contract was signed for a maximum duration of eight years and up to a maximum amount of € 150 million.

The contract covers work to maintain and adapt the existing IP network for the French naval forces, RIFAN 2 (Réseau IP de la Force Aéronavale étape 2), to the needs of the Navy in the coming years, to integrate new ships and remedy hardware and software obsolescence.

It will also enable the future front-line frigates of the FDI (‘frégates de défense et d’intervention’) programme and the future replenishment tankers of the BRF (‘bâtiment ravitailleur de forces’) programme to be integrated into the RIFAN 2 network. The network adaptations will involve both its central architecture and an update of the cybersecurity incident monitoring and detection system.

A total of 63 ships are equipped with the RIFAN 2 network, ranging from aircraft carriers and frigates to support ships, patrol craft based overseas and submarines. The purpose of the programme is to equip French naval forces with a truly secure broadband network. It is designed for exchanges of data of various classification levels, ranging from ‘Unclassified’ to ‘Secret’, between ships at sea and on-shore command centres.

The network transmits data from applications specific to the coordination of carrier group operations and those dedicated to the daily and logistical management of life on board, such as those between information systems of theatre chiefs of staff on board a vessel for the duration of an operation.

Whether it’s a ship sailing alone or a carrier group, the various vessels are equipped to meet their respective connectivity requirements. The system is capable of combining several communication streams in order to optimise the use of the transmission capacity available at sea, which is, by nature, limited. It utilises satellite connections, such as Comcept or Syracuse, and also radio communication systems allowing all-IP (Internet Protocol) exchanges between ships, with a range of several dozen nautical miles.

RIFAN 2 also provides overall network management and cybersecurity incident monitoring capability. This monitoring can take place both from an on-shore management and control centre and also locally on board the ships, thus providing the crews with a degree of independence so that they can make best use of the network according to the operational situation.

Airbus is a global leader in aeronautics, space and related services. In 2018 it generated revenues of € 64 billion and employed a workforce of around 134,000. Airbus offers the most comprehensive range of passenger airliners. Airbus is also a European leader providing tanker, combat, transport and mission aircraft, as well as one of the world’s leading space companies. In helicopters, Airbus provides the most efficient civil and military rotorcraft solutions worldwide.

Naval Group is the European leader in naval defence. As an international high-tech company, Naval Group uses its extraordinary know-how, unique industrial resources and capacity to arrange innovative strategic partnerships to meet its customers’ requirements. The group designs, builds and supports submarines and surface ships. It also supplies services to shipyards and naval bases. In addition, the group offers a wide range of marine renewable energy solutions. Attentive to corporate social responsibility, Naval Group is a member of the United Nations Global Compact. The group reports revenue of €3.6 billion and has a workforce of 14,860 (data for 2018).

The Rohde & Schwarz technology group develops, produces and markets innovative communications, information and security products for professional users. The group's test and measurement, broadcast and media, aerospace | defense | security, networks and cybersecurity business fields address many different industry and government-sector market segments. On June 30, 2018, Rohde & Schwarz had approximately 11,500 employees. The independent group achieved a net revenue of approximately EUR 2 billion in the 2017/2018 fiscal year (July to June). The company has its headquarters in Munich, Germany. Internationally, it has subsidiaries in more than 70 countries, with regional hubs in Asia and America.