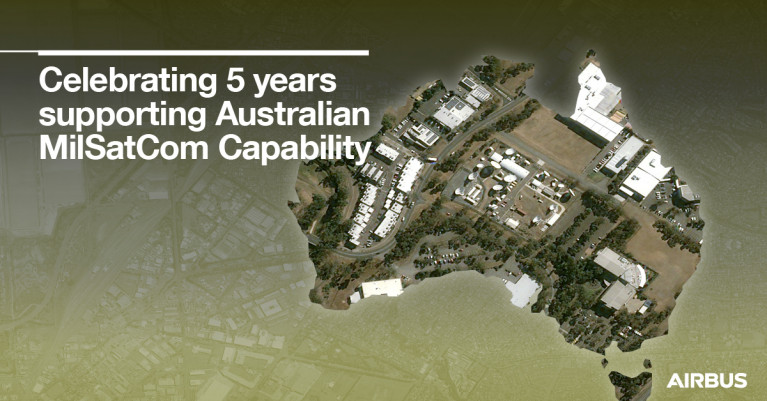 The Australian facility extends the global coverage for fixed and mobile satellite services, linking the satellite constellation and terrestrial networks for reliable end-to-end connectivity. Since its opening in 2016, the station has provided a wide range of capability to our customers globally. Delivering extended SHF and UHF satellite coverage for UK MoD, Five Eyes partners and third party sales

Most recently, in 2019 Airbus Defence and Space installed 30 modems for use by the UK MOD and installed an iDirect hub with capability to support UK and third party customers using small flyaway terminals. This also included modems to support WiFi for welfare purposes for UK ships when they are in the Australia region and for third party users to establish VPNs to support their network requirements.

Airbus is ready to help Australia fulfil its ambitions. Airbus is pushing forward. Going further, to make it happen.

Catch up on our virtual event! Above & Beyond: For sovereign space, for Australia

If you were unable to join us for our Virtual Event on the 26th May, addressing space topics for Australia. You can still access all presentations until 23rd June via the event portal.