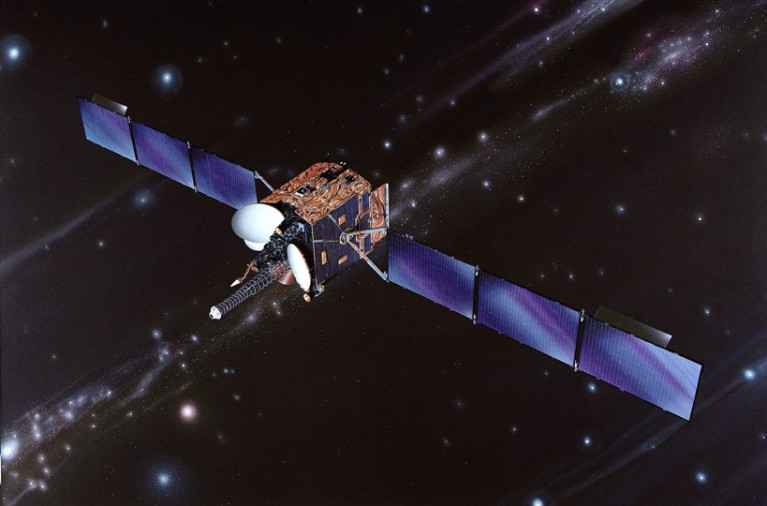 With an original lifespan of seven years, the Skynet 4C spacecraft has defied all expectations as efficient monitoring and management has led it to surpassing its predicted mission length, four times over!

Long exceeding its projected lifespan, Skynet 4C is the longest serving spacecraft in the Skynet constellation; at 31 years old it continues to deliver vital communication services to the UK’s Armed Forces, Government departments and agencies.

Skynet 4C, which is now in a highly inclined geosynchronous orbit, was launched on an Ariane 4 rocket from French Guiana on 30th August 1990.

When talking of how the satellite continues to function today, 24 years after its expected end of life date, Dr Phil Wadey, Head of the UK Secure Communications Space team at Airbus, said: “Throughout its existence Skynet 4C has been well flown, originally under RAF control until 2003 and since then under the management of Airbus. It is this high-level management from the Spacecraft Controllers and Spacecraft Engineers that has enabled it to withstand its environment for so long. The whole space team has performed highly efficient movements of Skynet 4C, minimising fuel used and extending the lifespan and sustainability of the spacecraft. “The original designs were well thought through and were ahead of their time. The satellite itself was designed and built to exceptionally high quality standards, enhancing its ability to sustain its environment for so long. All those who have been a part of the Skynet 4C project should be exceptionally proud of what they have achieved.”

Due the highly inclined geosynchronous orbit of Skynet 4C, today it is supporting Antarctic missions and it is currently providing up to six hours of communications to the US National Science Foundation per day.

The anniversary follows on from celebrations in 2019 that marked 50 years of providing global secure military satellite communications to the UK Ministry of Defence with the 50th anniversary of the first Skynet satellite.

In the 50 years since the launch of the first Skynet satellite, Airbus has built 25 military communications satellites for defence ministries around the world.

Airbus, a leader in secure military satellite communications, operates the Skynet 5 programme, providing the UK MOD with a suite of highly robust, reliable and secure military communications services. Airbus has been involved in all Skynet phases since 1974 and this phase builds on a strong UK commitment to space manufacturing in the UK. The recent programme commenced by using the legacy Skynet 4 satellites and then augmenting them with a fully refurbished ground network before launching the Skynet 5A, 5B, 5C and 5D satellites between 2007 and 2012.

The Skynet 5 programme has reduced or removed many of the technical and service risks for the MOD, whilst ensuring unrivalled secure SATCOMs and innovation to UK forces. Through the many years of delivering an exceptionally reliable Skynet service the Airbus teams have managed to significantly extend the lifespan of the Skynet satellites many years beyond their design life, offering significant additional value for money and capability to the UK.