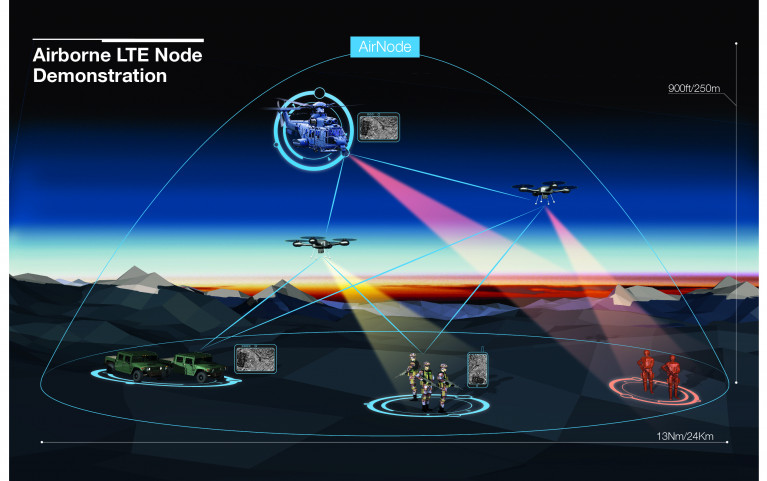 In September 2018, in Canada and with the support of French and Canadian space agencies, Airbus successfully tested stratospheric 4G/LTE secured communications via a high-altitude balloon demonstration.

After the success of testing this technology in the stratosphere, we were now ready to test it closer to the ground, and let the French Air Force experience this capability first-hand. Airbus deployed a secured 4G/LTE AirNode network into the air at low altitude during a military air exercise between the 24th and 27th of June, at the military camp of Captieux (South West of France).

Forces on the ground, on foot, in vehicles, and in helicopters had computer, tablets and smartphone devices provided by Airbus which they used to connect via the 4G/LTE communications bubble throughout the exercise.

Operators were able to exchange video transmitted from both drones and portable devices.

This unique demo in partnership with the French Air Force proved up to 10km radius range from low altitude to ground users. Up to 8 simultaneous channels of high data rate video was exchanged between participants – and was extremely quick to set up.

This 1st experience at low altitude has been a success. With the capability tested, Airbus continues to have discussions into requirements and support. Doing is Learning.