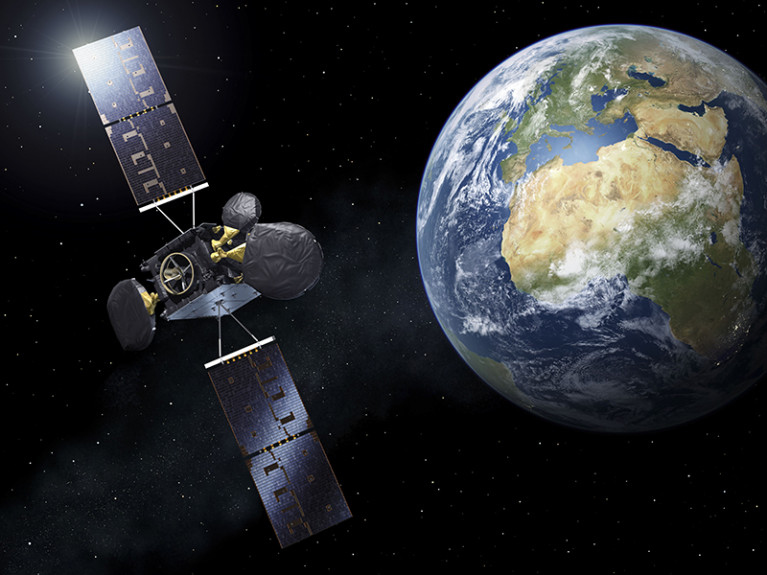 The SpaceDataHighway system – the world’s first ‘optical fibre in the sky’ based on cutting-edge laser technology – has achieved 30,000 successful laser communication links connections.  Reliability rate has reached 99.53 percent, and since the start of routine operations these successful connections have downloaded more than 1.7 petabytes of data from space. This is equivalent to watching almost 20,000 ultra-high definition 4k films, 24 hours a day for nearly four-and-a-half years!

The system’s satellites are designed to lock on to low-orbiting satellites via laser and collect their data as they travel in low Earth orbit scanning the Earth. With its two satellites in Geostationary orbits, SpaceDataHighway acts as a relay, transmitting the large quantities of data acquired by these observation satellites down to Earth in near-real time.

The management  of the laser connections is controlled by the SpaceDataHighway’s Mission Operation Centre which operates 24 hours a day, seven days a week at Airbus premises near Munich. Operators receive transmission requests from customers, programme the space and ground segment and monitor the performance of communications.

The SpaceDataHighway is a public-private partnership between the European Space Agency and Airbus, which today owns and operates the system, taking full advantage of the laser communication terminals developed by Tesat-Spacecom in cooperation with the DLR German Space Administration. EDRS-A, the first SpaceDataHighway relay satellite launched in 2016, offers coverage from the American East Coast to India. A second satellite, EDRS-C, was launched in August 2019 and is currently undertaking performance tests for full Airbus operated service in 2020.