Traditionally, in the space industry, as in many industries, there is a balance and trade-off between quality, time to build and cost. Mega-constellations have brought with them a game changing approach to satellites that allow us to improve all three, revolutionising how we create space systems.

Francis Kinsella, Senior Expert at Secure Communications has worked for over 20 years in the space industry. Specialising in technologies such as space based digital signal processing and ground based software defined radio, he now leads the Airbus newspace programme, Prometheus.

Hear from Francis as he discusses how mega-constellations are revolutionising and bringing innovation to the satellite industry.

Mega-constellations: a web of networked satellites

Mega-constellations are systems utilising hundreds to tens of thousands of satellites in Low Earth Orbit (LEO) to deliver low latency broadband data services anywhere on the planet. Mega-constellation satellites occupy orbits between 400 and 1200km and in order to be economically viable, are typically as small and low cost as they can be, whilst still able to deliver their services.

How are mega-constellations changing the future of the satellite industry?

The need to build tens of thousands of satellites affordably leads to volume production. Through bringing in automation to the build process and a statistical approach to quality control, the satellite industry is able to become more like the automotive industry. This volume production is game changing for the way we build satellites and how we can achieve improvements in time to build, quality and cost, to become faster, better and cheaper.

Until now, most communication satellites were essentially individually hand built entities where quality was achieved through processes and skilled professionals that cannot readily scale to rapid build, high volume and low cost. For mega-constellations, high volume procurements can amortise non-recurring expenditure. Modular design for low cost and ease of assembly allows human operators to work together with robots and automated systems to turn out new satellites in a matter of hours. The fact that we have volume and repeatability, rather than one off semi-custom satellites, means that we can use automotive industry type approaches without having to compromise on the faster, better, cheaper triangle.

Alongside these new satellite technologies and ways of manufacturing, there has been a parallel revolution in launcher technology. As the satellites have reduced in size and weight, the launch systems have evolved to be able to cost effectively launch large numbers of satellites at the same time, helping to manage total system costs. Reusability of launch systems has helped reduce the cost of launch. The higher cadence of launches can also help resolve problems and issues, quickly evolving and improving the launchers.

What are key technologies within the space industry enabling mega-constellations?

There are a number of key technologies powering the mega-constellation age; advances in signal processing on board satellites, advances in antenna technology and the emergence of commoditised, high bandwidth optical Inter Satellite Links (ISL).

On Board Processing
User signals can be recovered and routed on board the satellites using sophisticated modern waveforms which make best use of the available spectrum. Volume production means that dedicated application specific integrated circuits can be created which maximise capability and efficiency.

Antennas
Advances in phased array antenna technologies can be used to create dynamic spot beams, putting signal power and capacity exactly where it is needed on the ground by users.

Optical Inter Satellite Links
Optical ISLs are becoming ubiquitous in emerging mega-constellations; connecting them together with very high bandwidth data pipes into a network for the sky will provide secure, low latency backhaul of data across the globe. 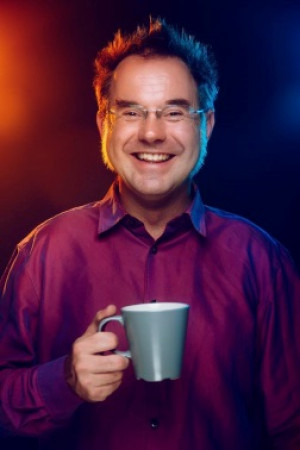